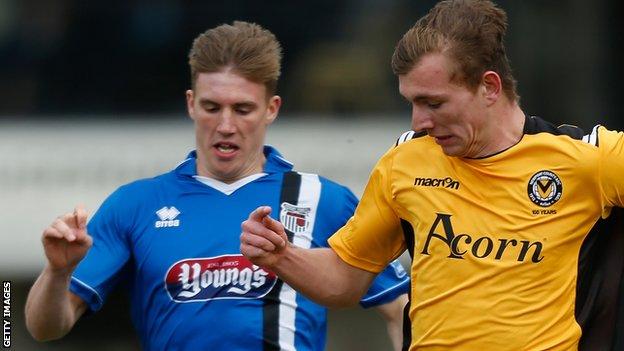 An acrobatic finish from midfielder Joe Healy put the visitors ahead early on in the first half.

Craig Disley headed against the post and Alex Rodman saw his effort tipped around by keeper Lee Butcher as Grimsby searched for an equaliser.

And it was Southwell who made the breakthrough, poking in from close range deep into injury time.

"It looked like we were going to lose it. Credit to the players, they kept going to the end and the goal came from what I was looking for us to do.

"I thought we stayed a little bit nice with our play. Overall, I don't think we were second best.

"Frustration is the main word in terms of some of our passing.

"Saturday's game had taken something out of us. Welling had a game Saturday and went to Plymouth and they got beat 3-0."