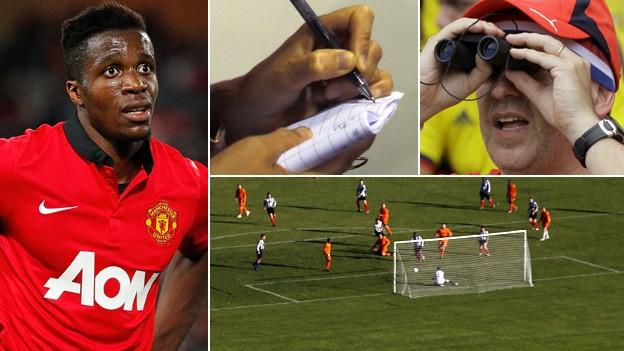 That's what a day working in elite English football can net you. If you're 'only' a scout, that is.

Scouts are the lifeblood of the game, yet probably the most undervalued part of it.

There are two types of scout: talent and tactical. Talent scouts are looking for the next star. They normally work for a club, but can also be employed by an agency, who will in turn approach a club.

I spend a bitterly cold Sunday morning in King's Park with Bournemouth talent scout Andy Penney running the rule over seven and eight-year-olds. 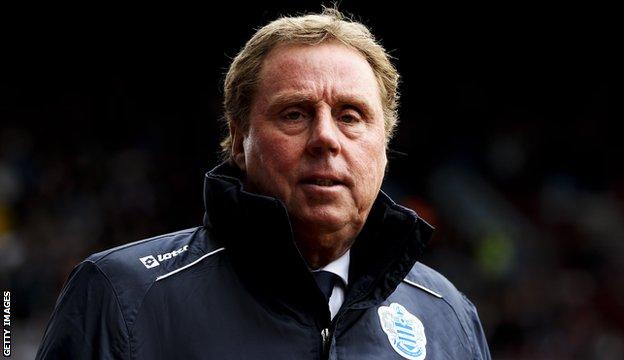 Amazingly, it turns out he's the grandson of QPR boss Harry Redknapp, who is watching proudly from the sidelines. Penney takes Harry junior's details from his dad Mark, and says he will be invited for a trial at Bournemouth.

Penney has been involved in youth football for 21 years, and scouts seven and eight-year-olds across the whole of Dorset for the Cherries.

After a day scouting, Penney will normally file a lengthy report back to his superior at the academy, Matty Holmes - the former Bournemouth and West Ham midfielder. The reports includes detailed analysis of a player's strengths and weaknesses, and always answers one key question: 'Does he play with a smile on his face?'

Penney gets £25 if a player is eventually signed by Bournemouth's academy and a small monthly salary. He works for a building maintenance company in Poole in his 'full-time job'.

He has a network of contacts, including youth-team managers, parents and fellow scouts, as well as scouring the internet for attractive fixtures from his 'patch'.

The pay for talent scouts is bad enough, but tactical scouts - who scout upcoming opponents for a team - are among the poorest paid people in football. Michael Calvin, author of The Nowhere Men, a book about scouting, recalls a night with a tactical scout called Steve Jones.

"He was doing an opposition report," recalls Calvin. "It was 13 pages in length, 1,700 words long and he did the game and finished the report after midnight.

"Essentially he'd been working for eight hours. For that eight hours' work he got paid £4, because he was on mileage of 40p a mile. As fate had it, he only lived five miles from The Valley. That was his reward for the evening."

What are they looking for?

Dave Webb is head of player recruitment at Bournemouth and the man who discovered Manchester United winger Wilfried Zaha, aged 13. He was working for Crystal Palace at the time and spotted Zaha playing park football in South London.

"I liked him because he was very skilful, very quick and did things which were very unorthodox," says Webb, who has worked at every level of English football and also abroad. 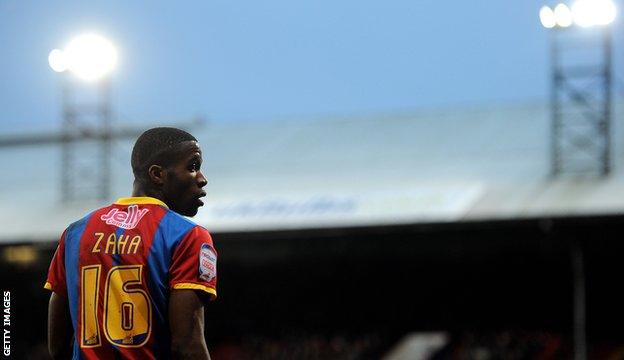 "He used his imagination. He still plays like he plays on the street, he has the wow factor. It's completely unrehearsed."

He adds: "Each club has their own spin, depending on the area and type of player that area attracts."

Penney explains what he is looking for in a player: "Hunger for the ball, enthusiasm and control are the basics. Balance, awareness and imagination are the giveaways though."

"I went out with Mel Johnson for England Under-19s v Czech Republic," he said. "He was checking out their goalkeeper.

"After five minutes, he turned to me and said: 'You are making the mistake of every manager and every coach who comes out with me. You are watching the game, watching the flow, following the ball. As a scout, you are here to watch your man. Not the game, but the man.'

"Once you start doing that, it becomes a much more personal and intimate process. They are studying the keeper wherever the ball is. So his concentration levels, how he communicates, positioning, how he perform under pressure. They watch football differently."

Missing out on players is part and parcel of scouting.

"If other clubs become interested, it's down to you to sell your individual club and how you can develop him," says Webb.

"Palace had a history of developing young players, which is good because the parent can see a pathway through to the first team. With Chelsea and Arsenal, it's harder. They have fantastic facilities but the path to the first team is harder."

How is scouting changing?

Scouting is evolving, with systems such as Scout7 and WyScout revolutionising the way football clubs identify talent.

Calvin explains: "Video scouting is becoming very widespread and there are several systems. Scout7 and WyScout are incredible. They have a database of around 160,000 players and you can get clips of players in an instant. The problem is that videos don't give you the full picture or context, though."

This shift to technology isn't necessarily always a good thing.

"There is a culture shift going on from the 'old-school scout', who went out and used his eyes to make subjective judgements, to the new style who are analysts and are scientifically and technology driven," says Calvin.

"They crunch the numbers. These guys are very well educated, invariably under 30 and they are becoming increasingly influential.

"About five years away from now, we will see a new breed of scout emerging. A lot of the guys crunching the numbers are brilliant in terms of IT but they don't have that intuitive understanding of football. You will always need the old-school scout."

Why do they do it?

"There is no glamour in it, or at least very little," explains Calvin. "They are the boys who are on the motorway at 1am with no more than a pork pie for company.

"There is a phrase within scouting called 'putting on the miles'. If your car has not done more than 200,000 miles in three years, you are not really a scout.

"Scouts give the impression of being quite hard-bitten, but I think they are among football's last romantics.

"The 'old-school scouts' have an intuitive approach to football. They see or just sense something. It might be the weight of a pass or a particular pass that a player makes.

"It's something that catches their eye. I think people are almost addicted to the possibility they will see something that no-one else has ever seen. It's an intimate process, which surprised me."

Penney agrees. "This is my passion," he says. "I have great satisfaction seeing the boys develop. I do it because I love youth football. Oh, and I'd like to find the next Lionel Messi."