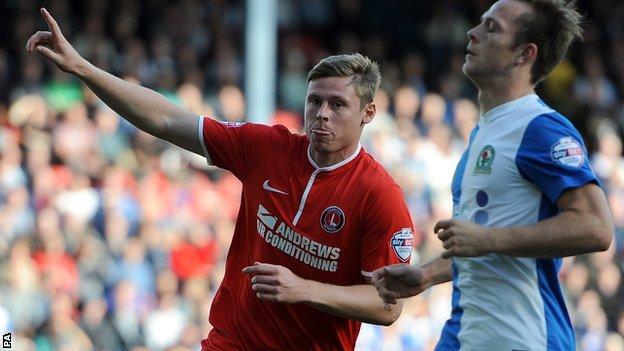 Charlton's Simon Church is determined to maintain his good form after fine displays for his club and country.

He scored for Wales against Macedonia and on Saturday netted the winner in the Addicks' 1-0 victory at Blackburn.

Church struggled to hold down a regular first-team place at Reading prior to his departure from the Madejski Stadium during the summer.

Last season he scored one goal in seven appearances for Huddersfield - the fifth club he joined on loan during an often frustrating spell with the Royals.

Now Church is aiming to establish himself as a key player for Charlton, whose win at Ewood Park means they are unbeaten in three matches.

"It was important we got the three points," he said. "We were really solid, building on the last couple of results. It's important that we keep that going.

"I felt confident and was really pleased with the goal, but the performance was the main thing.

"It's all about playing. I haven't played consistently for two years and now it's important for me to keep working hard, keep scoring goals and keep my place."