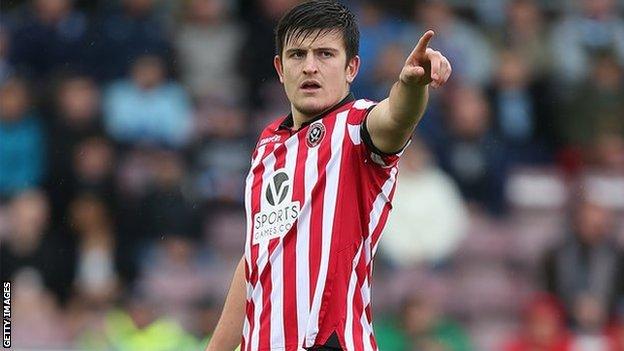 Maguire headed the Blades into the lead from Stephen McGinn's free-kick and netted his second from the same player's delivery from a corner.

The Blades sealed the win when Ryan Flynn cut inside to thump home.

Substitute Chuks Aneke hit the bar for the visitors before Max Clayton pulled one back late on.

Sheffield United's third win of the season saw them move out of the League One relegation zone, at the expense of their opponents.

The Railwaymen, who fell to a 3-0 home defeat by Stevenage on Tuesday, have now lost five of their last seven in all competitions.

"Delighted with the three points and the response from the players.

"Chris Morgan takes a lot of credit for what he's done this week. Seven points from nine from the position we're in is a great return.

"We had great energy for the first hour, then we ran out of steam a little bit late on.

"But we got the three goals ahead and Crewe are the sort of side that are just going to keep passing and playing."