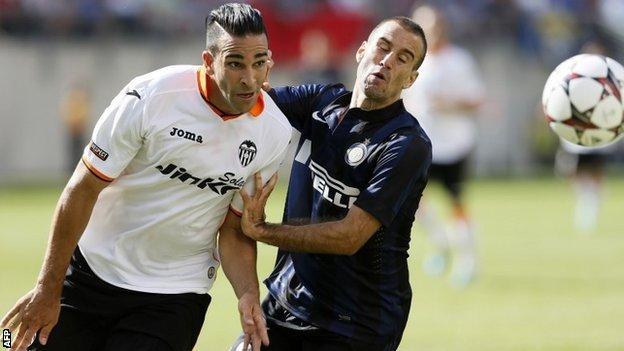 Spanish side Valencia have agreed to loan France defender Adil Rami to AC Milan in January.

The Serie A side have also taken an option to buy the 27-year-old.

Rami was recently suspended for a week without pay by the La Liga club following his public criticism of coach Miroslav Djukic and his team-mates.

"Until the market opens, Rami has permission to train with AC Milan," Valencia said on their website.

Under Fifa transfer window rules, Rami will not be able to play for Milan until January.

Rami, who was linked with a summer move to Premier League sides Arsenal and Manchester City, has not played in any of Valencia's four matches since he made the remarks on 24 September.

In a radio interview, the France international questioned the leadership skills of Djukic and said he does not speak to the Los Che boss.

He also commented on the character of the club's players, saying they "don't look at you in the face".