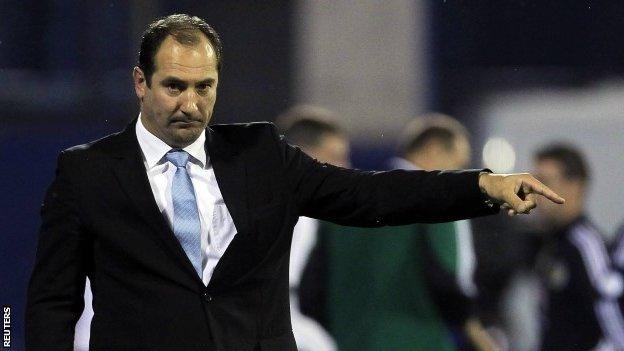 Croatia coach Igor Stimac has been sacked after his team lost 2-0 to Scotland in World Cup qualifying.

Stimac, 46, said he would step down after the game on Tuesday, with Croatia having to settle for a play-off place.

But Croatian Football Federation president Davor Suker said: "We received nothing from him in written or verbal form on the flight back or afterwards, hence he was sacked."

A string of poor results and performances made it inevitable

has replaced the former Derby and West Ham defender.

Suker, who reached the 1998 World Cup semi-finals as a player, added: "It was a difficult decision because Stimac is a personal friend and a former Croatia team-mate.

"But a string of poor results and performances made it inevitable."

Stimac, who took over from Slaven Bilic in July 2012, saw his side move joint top with Belgium of their World Cup qualifying group after five games, before three defeats and a draw saw them just hang on to a play-off place.

Croatia will be joined by France, Portugal, Sweden, Greece, Ukraine, Romania and Iceland in the play-offs.