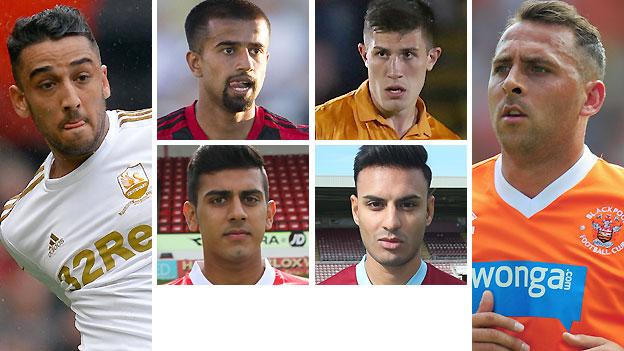 Dion Dublin took to the stage at the recent Asian Football Awards and, in no uncertain terms, told the guests to "shut up" while the presentation ceremony was going on.

The former Manchester United striker was presenting one of the awards on the night when he told the assembled audience he was "serious" that they should show more respect to those who had gone to the trouble of arranging the event.

While Dublin might not have been happy, his intervention provided a nice metaphor for the increasing voice - even though it may still only be a whisper - that British Asians are starting to have in English football.

In this case, we are talking predominantly about South Asians with a Bangladeshi, Indian, Pakistani or Sri Lankan heritage.

At a time when diversity has become a talking point among the football fraternity, the 500-plus attendance at the Bobby Moore suite at Wembley for the AFA showed the appetite and desire from South Asians to make a meaningful breakthrough.

"Nobody can ever convince me that there aren't talented Asian players out there," said Football Association equality consultant Brendon Batson. "They just need somebody to tap into them and, hopefully, they will flourish.

"There will be a lot of scepticism out there of people saying 'you said that before Bren', but I think things are being done to, hopefully, make that progression a bit swifter."

Whereas in the past there have been brief flirtations from this ethnic group across England's top four divisions, the hope now is that schemes and strategies in place as well as changing attitudes from the Asian community will have a more sustained impact.

The Football Association is to reveal its plans to help British Asians in the English game later this year, while Chelsea's annual Asian Star search initiative has been running for five years.

The aim of the FA's plans is to increase the number of Asians at grassroots level in both a playing and coaching capacity in the belief - and hope - that they filter up the pyramid on a more regular basis.

"Tapping into them", as Batson puts it, has previously proved unsuccessful, with the diet and physique of Asians being blamed for them not being able to break into football, as well as a focus on education, and a preference for other sports like cricket.

Batson, along with Cyrille Regis and Laurie Cunningham, played at West Brom in the late 1970s and the trio - nicknamed the Three Degrees - were part of the first wave of black players to make a major impression on English football.

He insists the notion that Asian players do not have the physique for football is "old school and was rubbished a long time ago". He does, though, cite "cultural and faith" issues as having been a part of the reason for Asian players not following black players in becoming commonplace in English football.

"There are a lot of things that need to be almost demystified before we can make some progress, but progress is being made," he said.

"From talking to Asian players and people who run Asian clubs, one of the things that comes back is that parental influence has been very negative with regards to letting their youngsters participate in football.

"It takes a long time to get that sort of conveyor belt of talent to come through and now there seems to be a much more positive attitude from those who are influencing young Asian players and those who are involved in running Asian clubs.

"They are saying 'look, this is a sport that we should be more involved in', whereas before there was almost a morality issue about being involved in professional football."

Walsall left-back Malvind Benning is one of only eight players with South Asian heritage to have a professional contract in English football.

The others are Neil Taylor at Swansea, Adil Nabi at West Bromwich Albion, Michael Chopra at Blackpool, Danny Batth at Wolves, Jhai Dhillon at Stevenage, Kashif Siddiqi at Northampton and Josh Shama at Oxford United.

"There was a lot of risk taken when I got offered my youth contract," said Benning.

"I had to sit with my mum and dad to decide whether I should stick with football or carry on my education. I took football and it was just a relief and dream come true to get the contract with Walsall.

"Your parents' support is very important to progressing. My dad has been to literally every game I have played from under-nines to now. He's been to home and away games, reserve games, everything.

"My mum has been there to get my kit ready, even to come watch some games with my dad. She also organised food for when I trained as well."

The desire of clubs to take Asians seriously has also been questioned in the past but that may not be the case any longer.

There are some specific targets around Asians in football. The FA will be publishing how we plan to move forward on this in the next two to three years

Premier League club Liverpool signed 14-year-old Yan Dhanda from West Brom during the summer and the young playmaker is now in their academy.

"It's about finding the best talent regardless of where they come from. You are only going to choose someone and put them in your squad if they can genuinely compete for a place in your first team.

"Yan has a fantastic opportunity at Liverpool. He is a very talented young man and we hope he will achieve the best he can do."

The programme is split from under-nines to under-12s and Simon Taylor, the head of the Chelsea FC Foundation, says seven age-group winners have gone on to academies at professional clubs.

Nabi's younger brothers are also part of West Brom's academy, while Kam Uppal, a Uefa B qualified Asian coach, works within their ranks.

"What we're looking at as an Asian community is that massive breakthrough straightaway," said Uppal.

"But there is so much happening at grassroots level, and now, at the next level. It is slowly simmering and coming up to the top.

"I can speak from an academy point of view and there is so much talent. It's amazing."