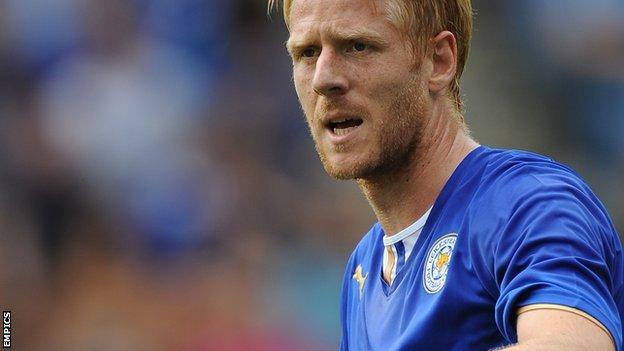 The 29-year-old is available for Tuesday's league game against Ipswich, with the Rams in need of a replacement for the suspended Richard Keogh.

Whitbread joined City on a two-year deal in 2012 after being released by Premier League side Norwich.

He arrives just two days after Nigel Clough was sacked as manager, following their

The American ex-Liverpool trainee has made four appearances for the Foxes this season.

His only goal for City to date actually came against Derby, in their 4-1 league win last term.