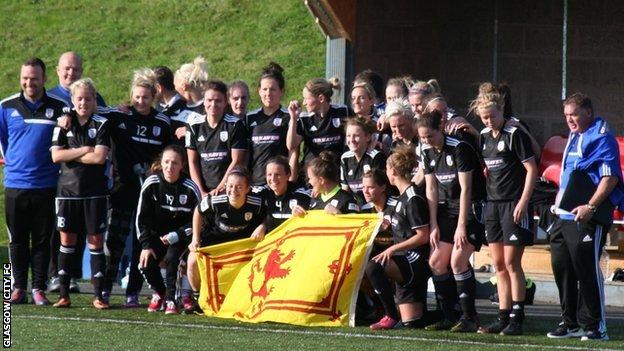 Forfar and Hamilton enjoyed comfortable wins over Buchan and Kilwinning, respectively, while Celtic clinched a 2-1 win against visitors Aberdeen.

Ross converted two first-half penalties to put Glasgow in command against Hibs and she scored again from a free-kick after the break. Love then netted the fourth from close range.

"A massive congratulations to all players and staff involved with the club," said City head coach Eddie Wolecki Black.

"It is a great achievement to win the title for the seventh time in a row. In a way I am glad we didn't tie it up last week as today we showed how champions should play as we had to come to our nearest rivals to win the title.

"As much as Hibs made a game of it, I thought we were really dominant and in total control of the game.

"Like anything else when you are successful you don't have a chance to celebrate as we now move on to the Scottish Cup semi-final next Sunday against Celtic."