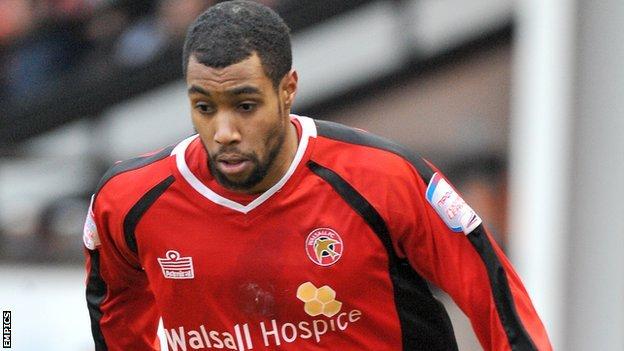 Walsall have re-signed Julian Gray on a short-term contract until January 2014.

The much-travelled 33-year-old former Birmingham City winger has returned to England following a spell in Cyprus with Nea Salamina Famagusta.

First signed for the Saddlers by Chris Hutchings in February 2010, he made 64 appearances, playing a part in Walsall staying in League One in 2011.

Gray, who has been training with Walsall recently, is in the squad for Saturday's trip to Leyton Orient.

He's [Gray] got a great attitude and plenty of experience and quality, which will only enhance our squad

"We've been able to assess his fitness as we've had him training with us for the past month or so," said Saddlers manager Dean Smith.

"Julian is a player who has done well for me in the past.

"He's got a great attitude and plenty of experience and quality, which will only enhance our squad."

Gray, who started his career at Arsenal, cost £500,000 when Crystal Palace took him to Selhurst Park in 2000, helping them secure promotion to the Premier League.

He also played in the top flight for Birmingham under Steve Bruce before being released in May 2007, and since then has had spells at Coventry City, Fulham and Barnsley.