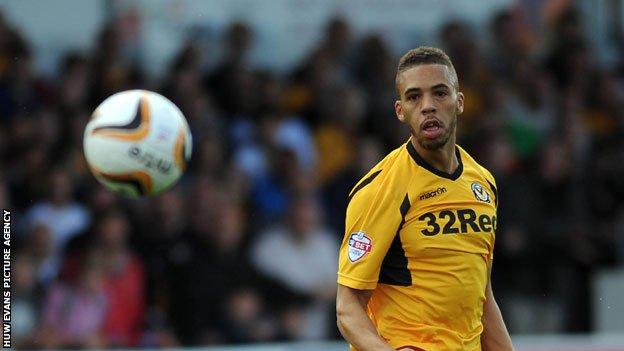 Newport County manager Justin Edinburgh believes he is "seeing the light at the end of the tunnel" with the club's injury list.

Newly-promoted County are 11th in League Two with 12 points from eight games.

And they have achieved that despite a string of injuries to key players.

"We've had a lot of experience missing from key areas but we've dealt with it fantastically and I think it's been a very good start," said Edinburgh.

Newport face Torquay in League Two on Saturday and will still be without a number of players - including last season's strike partnership of Christian Jolley and Aaron O'Connor.

Jolley underwent surgery in mid-September to cure a groin injury, while last season's top scorer O'Connor has yet to play this term.

"I think we're seeing the light at the end of the tunnel," said Edinburgh.

"Christian Jolley's been out jogging which is fantastic, Aaron O'Connor joined in with a session so we're certainly progressing.

"We're well ahead of where we should be really with all we've had to cope with and that's not making excuses.

"At any one time we've had up to eight players out that played in our play-off team of last season, so we're well ahead."