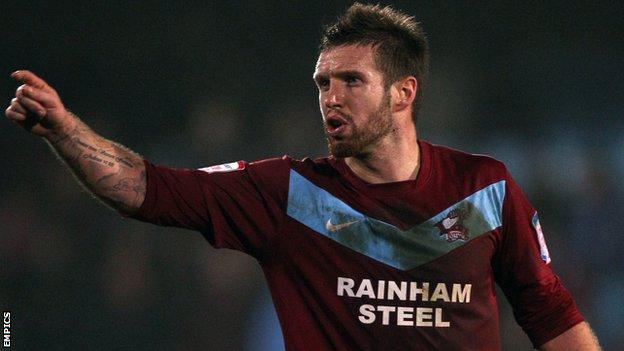 Northampton have signed defender Paul Reid on a contract until late January, nine years after he left the club.

The 31-year-old has been a free agent since leaving Scunthorpe in June, where he played 77 times in three years.

He left the Cobblers in 2004 after 60 games in an 18-month spell and went on to play for Barnsley and Colchester.

"Paul will add leadership qualities, an aggression and some depth to the back line," boss Aidy Boothroyd told the club website.

"He was fantastic for me at Colchester and I'm convinced that had he stayed fit we would have got promoted [in 2009-10].

"He's in very good shape and he's fit to go straight into the squad for Saturday [against Morecambe]."