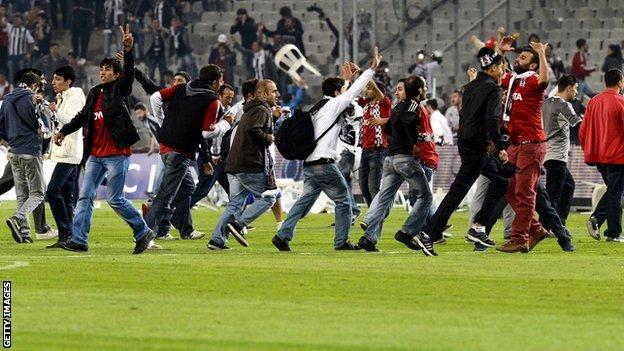 Hundreds of fans invaded the field late on when Gala, leading 2-1, had Felipe Melo sent off at the Olympic Stadium.

Both sets of players were forced to run back to the changing rooms.

Besiktas coach Slaven Bilic has been banned by the Turkish Football Federation for three games.

The club have also been fined £21,000 for the riot and insufficient security measures.

The match was the first Istanbul derby of the season and followed months of civil unrest in the Turkish city.