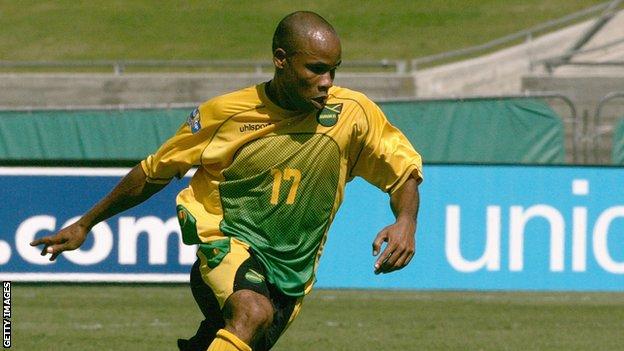 Jamaica international midfielder Jermaine Hue has been banned for nine months by Fifa after testing positive for dexamethasone.

Hue, 35, tested positive when his team lost their World Cup qualifier against Honduras on 11 June.

The midfielder made his debut in 1999 and has won 42 caps. He plays for Jamaican side Harbour View.

Jamaica, whose only World Cup finals appearance was in 1998, are bottom of the six-team group in the final stage of the CONCACAF qualifying competition with four points from eight games.