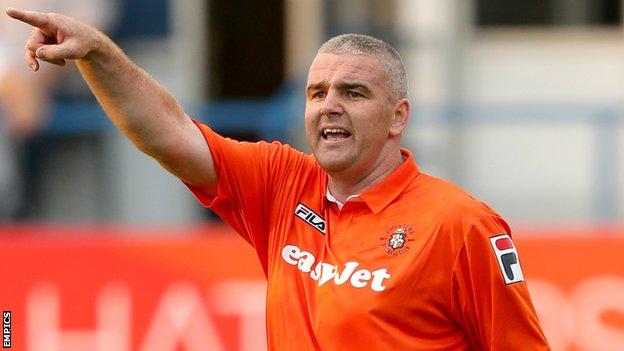 Luton Town boss John Still has praised defender Steve McNulty for his influence in turning around his side's fortunes this season.

The Hatters recorded just two victories in their first eight games this season, but are on a three-game winning run.

"If I were to think of a catalyst for our performances this season, Steve McNulty would be that catalyst," Still told BBC Three Counties Radio.

"I think he's been absolutely fantastic. He's been a leader."

McNulty, 29, has started all of Luton's Conference Premier games this term, including

And Still has credited the former Fleetwood centre-half for improving the performances of the entire squad.

"He's inspired people and shown the winning attitude that has been really important," he said.

"He's unaffected by anything that's happening around him. And I love that."