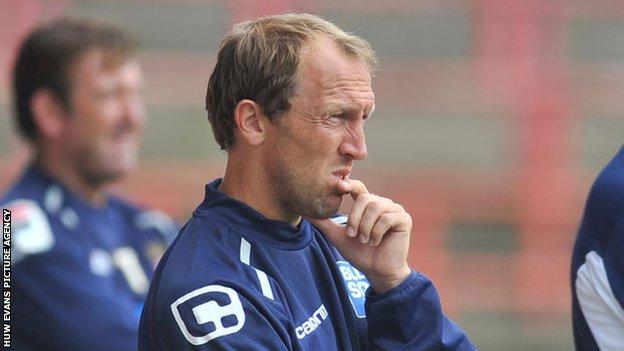 Wrexham manager Andy Morrell says he doesn't blame fans for booing his side during the 3-2 home defeat against Braintree.

Last season's beaten play-off finalists crashed to their sixth defeat of the season and lie in 18th position in the Conference Premier.

"We're just not good enough at the moment. You've got no divine right to do anything in this league," he added.

Wrexham were rocked by two early goals, before hitting back through Johnny Hunt and Jay Hunt before half-time.

Despite dominating the second half, Wrexham were beaten by Steve Tomassen's own goal.

And to add injury to insult, the defender had to be replaced by Morrell in the 90th minute after picking up a knock to an ankle.

It's the latest in a string of injuries which have plagued the heart of Morrell's defence.

Junior Ntame pulled out just before kick-off against Braintree with an injury picked up in the pre-match warm-up.

"I don't know what I've done but I've got four centre halves out on the treatment table and it's hurting," said Morrell.

Wrexham face league leaders Cambridge at the Racecourse on Saturday, with Morrell calling for an improvement.

"We just need a game I think - we keep saying it's great to bounce back because we've got another game around the corner but it's not good if you keep losing," he added.