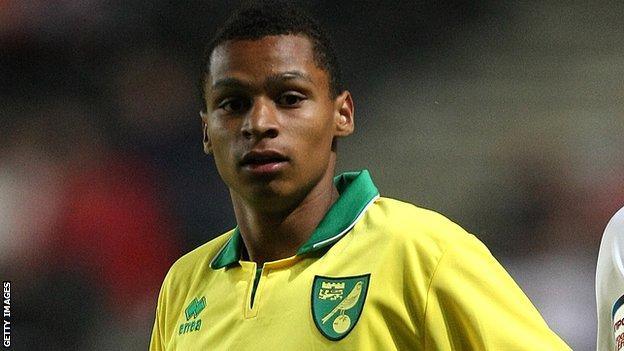 Teenage Norwich City prospect Josh Murphy will not be thrown into Premier League action, despite his impressive debut in Tuesday's win over Watford.

"We're aware of the ability that he has got and we'll harness that in the right way," Hughton told BBC Radio Norfolk.

"No he's not [ready for the Premier League]. He's a young 18-year-old but he hasn't done himself any harm."

Murphy and his twin brother Jacob were key members of

The pair signed professional deals earlier this year and Josh's substitute appearance at Vicarage Road was the first time either has made a senior appearance.

"His twin brother is not half bad either," added Hughton.

"We'll make sure we look after them. But at the moment it is a lovely night for Josh."

Josh stepped off the bench after 67 minutes and, on top of his goal from 20 yards, caused problems for the Hornets defence.

"It's surreal. I picked the ball up and just hit it," he said.

"It was my debut, so I was savouring the moment anyway. I saw the right-back was vulnerable, getting cramp, so I thought I could get at him and get a few crosses in.

"I saw my brother in the crowd - he was buzzing when I scored."