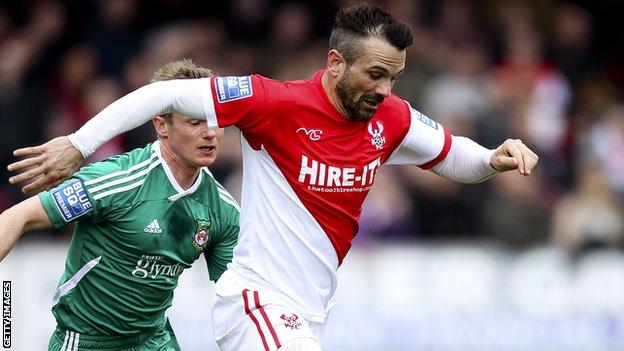 The 33-year-old has been without a club since leaving fellow non-league side Kidderminster Harriers at the end of the 2012-13 season.

Midfielder Devaney has made more than 400 senior appearances during his career, the majority coming during spells at Cheltenham and Barnsley.

Scott McNiven's side have failed to win any of their first 10 league games and lie bottom of the table.