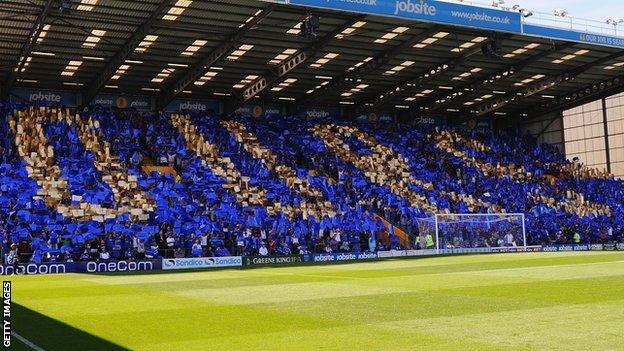 A year since former Pompey owner Balram Chainrai dismissed the group's bid as having "no substance", the PST has 2,170 shareholders, owns 59.3% of the club and has raised nearly £2.5m.

The Hong Kong-based businessman said the PST's bid would fail because of "in-fighting and lack of actual money".

"We didn't fail through lack of money and anybody who witnessed any of the open meetings we have had over the past few months would recognise there is no in-fighting."

The PST finally took control of the club in April after reaching an out-of-court settlement with Chainrai, paying £3m for the 'property' (a fixed charge on Fratton Park) and £450,000 for other assets (floating charge) plus two 'add-ons' to his company Portpin.

It ended a 14-month saga that Brown admits became more difficult than the Trust expected.

"We always believed it was possible but it became far more difficult than we expected it to be and that was due to some of the outside challenges we faced," he said.

"Balram Chainrai always knew our bid was possible. He obviously tried to put some pressure on us in the press but at the end of the day he did a deal in court.

"I hope he looks back and thinks he did the right thing and passed the football club onto people who really care about it and will take it on in the future."

Brown says the Trust, which held its Annual General Meeting on Monday, now has fresh challenges as it looks to evolve following its takeover - thought to be the largest supporter-owned club in Britain.

"The PST is in a very healthy situation. It is also at a point of transition and evolution right now," he said.

"The whole society does have to move forward and establish how we interact with the football club."

He admitted the group was "breaking some pretty new ground" and acknowledged there was still a lot to learn and plenty to improve on.

"Most supporters' trusts set out with the aim of potentially owning a small slice or large slice of a football club and very few get close to achieving that," he said.

"We need to sit back, review the situation and see what else we should be doing. Should we be doing more community work?

"Then the other side is how best we work alongside the football club and interact with them and keep our members and shareholders informed.

"We have to become better at communication and more agile as an organisation."