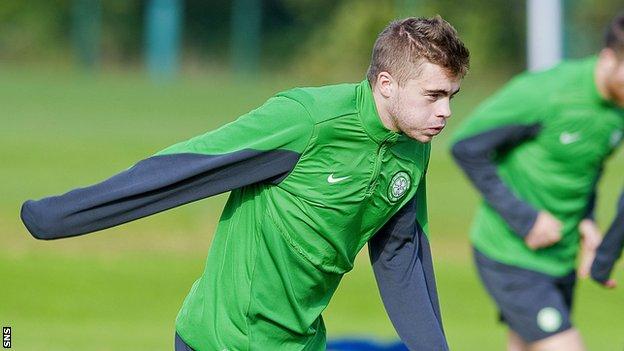 Scotland winger James Forrest is in line for a return to action for Celtic against Barcelona in Tuesday's Champions League Group H game.

and defenders Jordi Alba and Carlos Puyol also miss out for the Spanish side.

Messi scored but was then injured in as Barcelona preserved their 100% league record after seven games.

Forrest, who has been troubled with a virus, last played in Scotland's 2-0 World Cup qualifying defeat by Belgium on 6 September.

But he took part in training on Monday morning and looks to be in contention for Barcelona's visit.

Kayal has been struggling with a groin injury, the same problem that has ruled Welshman Ledley out of recent games.

Ledley's compatriot, Adam Matthews, came off during and faces a late fitness test.

Boerrigter is still struggling with an injury picked up last midweek against Morton.

Barcelona and Celtic met in last season's Champions League group phase with the home side winning 2-1 on each occasion.