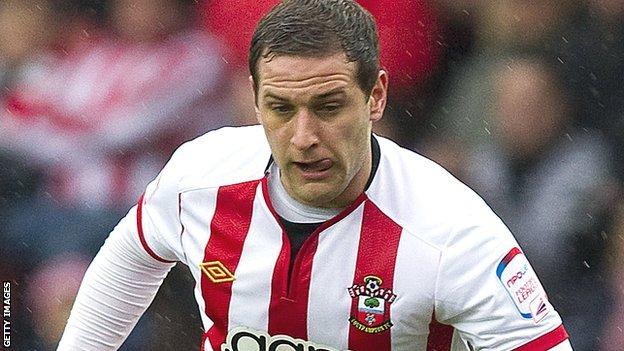 Reading have completed the loan signing of Southampton striker Billy Sharp until January.

Sharp, 27, arrived at St Mary's for £1.8m from Doncaster in January 2012, but spent much of last season on loan at Nottingham Forest after helping the Saints get promoted to Premier League.

By moving to Championship side Reading he is reunited with manager Nigel Adkins, who signed him for Southampton.

Sharp will be in the Reading squad for Saturday's game against Birmingham.

Following the move, Southampton manager Mauricio Pochettino has drawn a line under Sharp's time at the club and does not think he'll be able to earn a reprieve like fellow striker Tadanari Lee.

"He was never a player who was part of my plans. Our squad is closed, we have the right number of players so there is no coming back."