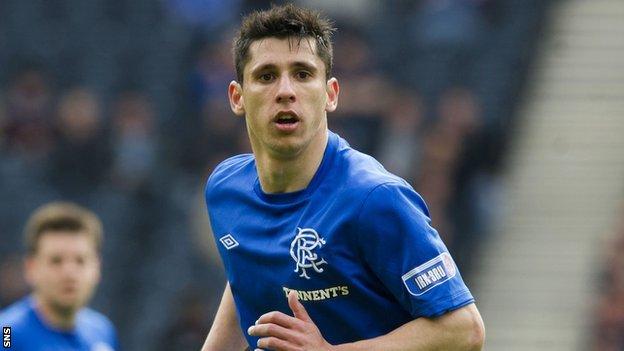 Greek Anestis Argyriou has left Rangers as the club continue to negotiate possible deals for two other defenders.

"We are still pursuing a couple of lines in central defence," said McCoist.

"Marius has gone back home [following a training spell]. We have put an offer to him and we would be very hopeful of speaking to him in the next couple of days to see whether or not he will take that offer up.

"I know we are still in negotiations and speaking to Boris Pandza's agent.

"There possibly could be [other players leaving]. I think that's another four boys who have left the club in the last month or so. I couldn't give you specific names but, like most clubs, there will be activity and players hopefully coming in as well as leaving."