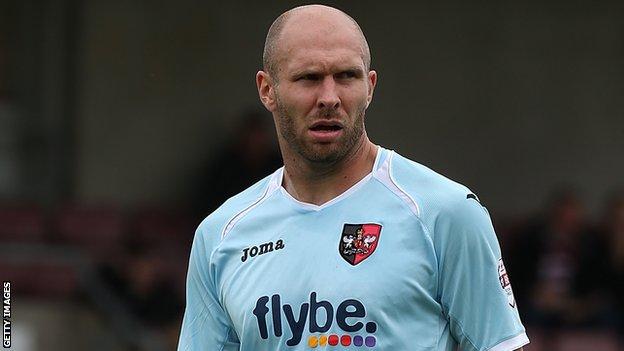 Parkin, 32, has scored two goals in seven appearances this season and Tisdale acknowledged his positive influence so far.

"Sam does set a tone individually but he also helps other players play," he told BBC Radio Devon.

"He provides links with other units on the field and that means we can force the play at times a bit more."

Tisdale added: "Sam is definitely one player in our team who gives us an extra dimension, he's different to other players but what he brings is something which we maybe used already to our advantage this season."