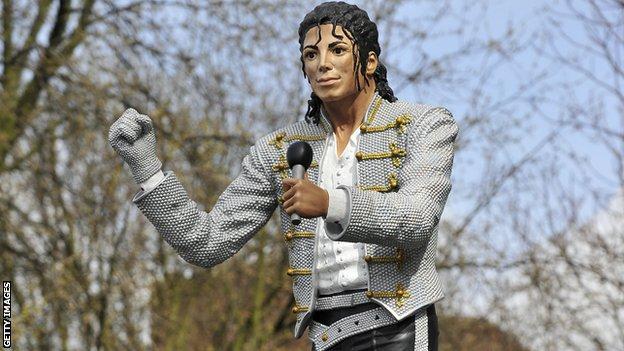 Fulham owner Shahid Khan says removing the Michael Jackson statue outside Craven Cottage is the "right thing" to do.

The statue will be returned to the club's former owner Mohamed Al Fayed, who was a friend of the late pop star.

It was installed behind the Hammersmith Stand in 2011 as a tribute to Jackson, who visited the ground in 1999, but split opinion among fans.

"Our supporters' views on the statue have been made clear," Khan said.

"I respect Mr Al Fayed and know he had good intentions in paying an individual tribute. However, the removal of the statue is the right thing for Fulham Football Club."

The club said the statue does not fit in with a revamp of the stadium.

A Fulham spokesperson said: "The statue is not part of the Riverside development of the stadium and will be returned to the former chairman in due course."

Al Fayed, who sold the club to American Khan for £150m in July, insisted Jackson was a Fulham supporter.

He had initially planned on placing the statue - which was commissioned after Jackson's death in 2009 - outside Harrods, but after selling the Knightsbridge store in 2010 he switched the site to Craven Cottage.

It was not popular with some supporters of the West London club but Al Fayed said any fan who did not appreciate it could "go to hell".

Jackson was a guest at Craven Cottage in April 1999 and watched the 2-0 victory over Wigan in the Second Division - now League One.

Before the unveiling, Al Fayed said: "Michael Jackson was truly a legend, a term used too often in this modern world saturated in the hyperbole surrounding celebrity.

"He was my friend, a man with whom I shared many happy memories and who died a tragic and untimely death."