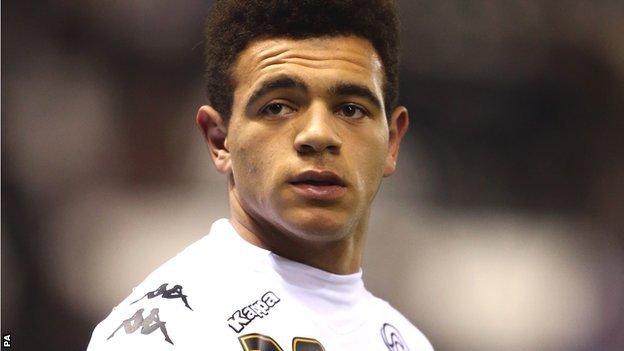 Derby County boss Nigel Clough says he will not be sending 17-year-old striker Mason Bennett out on loan imminently as he needs him at Pride Park.

Bennett has come on as a substitute twice this season and scored his first league goal in the 5-1 win at Millwall.

He became Derby's youngest scorer last term, netting as a 16-year-old against Tranmere, and Clough said "one or two clubs" wanted him on loan.

Bennett was just 16 years and 174 days old when he came off the bench to net in the 5-0 FA Cup mauling of Tranmere Rovers last season.

He was already the club's youngest player when, at 15 years and 99 days, he started in a 2-0 loss at Middlesbrough in October 2011.

If and when England Under-17 regular Bennett is loaned out, Clough said he wants it to be with a team close to the Derby area so Bennett can commute rather than live away from home.

"We don't want him going too far if he did go somewhere at 17 years old," Clough added. "It's early days yet and we need him more so that is the first priority.

"He will need a bit more than what we can probably give him at the moment. but we need to keep him around.

"I think he would get in to any League Two side but League One teams would probably take him too."