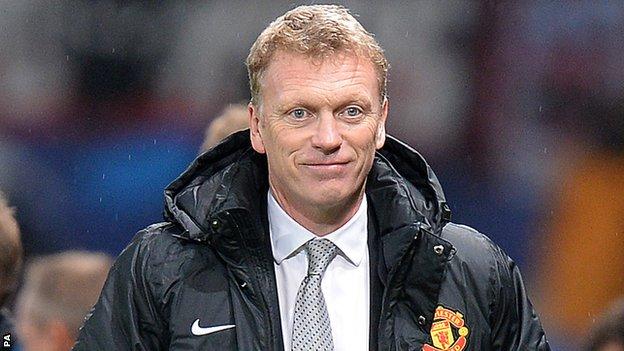 Marouane Fellaini's arrival from Everton was their only summer signing.

"The club has demonstrated its commitment to David Moyes in the award of a six-year contract," said director of communications Phil Townsend.

"Allowing him to shape the future Manchester United team is a long-term project not an eight-week panic."

Moyes was also unsuccessful earlier in the summer with two bids for Barcelona players when former Arsenal midfielder Cesc Fabregas chose to stay at the Nou Camp and midfielder Thiago Alacantara opted to join German side Bayern Munich.

"The club had two main priorities for the transfer window," added Townsend in a letter to supporters.

"The first was to keep Wayne Rooney.

"He is a world-class player and the manager is very keen to have Wayne as a key part of the club's drive to retain the Premier League trophy. That aim was fulfilled.

"The second priority was to add a midfield player, and the capture of Fellaini has met that need."