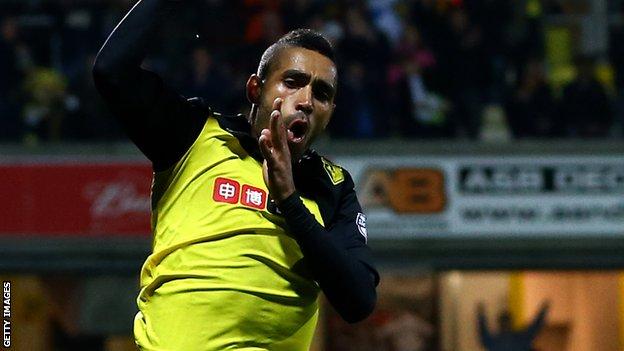 Striker Deeney is the regular spot-kick taker for the Hornets.

"I believe Troy is the one who has given it to him. He realised Lewis was in good form," Zola told BBC Three Counties Radio.

"It's a good gesture because sometimes you have to see if somebody is in better form than you."

Deeney converted his last penalty in the 3-3 draw with Reading in August.

But the former Walsall frontman, who scored five times in his first three appearances this season, has now gone four games without a goal and allowed McGugan to step up for his second of the match and fourth of the campaign to secure a 2-1 win at Vicarage Road.

And while Watford stayed within four points of Championship leaders Leicester and Queen's Park Rangers, Zola was disappointed to see his side concede at home for the third consecutive game in the league.

"I know we're making mistakes. It is something we need to tune a bit more," said the former Chelsea striker.

"But it will come. I'm the first one to ask for more from the players but sometimes you have to recognise it takes time. It will come because I know the players I've got."