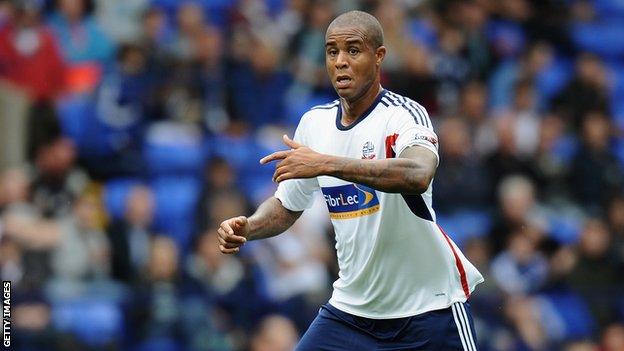 Bolton manager Dougie Freedman says he is "comfortable" with making big selection calls after leaving captain Zat Knight out of his team on Tuesday.

Centre-back Knight was left on the bench for the

"It really is easy for me," Freedman told BBC Radio Manchester. "I'm a manager, I've got to make big decisions and feel comfortable with them."

Despite collecting a point at the Reebok Stadium,

Knight had started all six of Bolton's previous league fixtures but Freedman chose to pair David Wheater and Matt Mills in the centre of defence against the Rams, with Jay Spearing taking over the captaincy.

The hosts, who are still without a league win in 2013-14, went in front with a goal from defender Alex Baptiste but fell 2-1 behind and needed a Chris Eagles equaliser to earn a share of the points.

Former Crystal Palace boss Freedman added: "I pick teams to win football matches and I felt the team I picked on Tuesday showed enough to win the football match.

"We had enough possession again around their box to win the game and we don't seem to finish teams off. We've got to be winning games like that at home. It's as simple as that.

"The suggestions are certainly there that we can win those games, but the results aren't going our way right now."