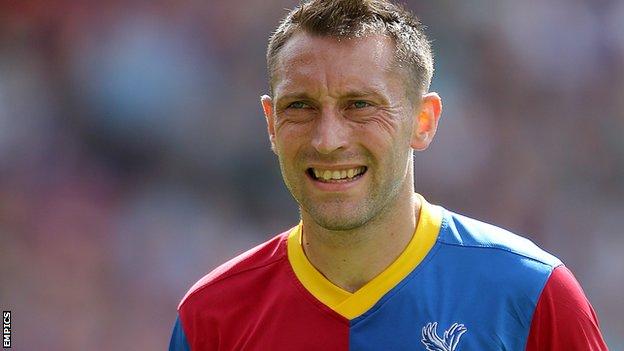 Crystal Palace forward Stephen Dobbie has joined Blackpool on loan for a third time, signing a temporary three-month deal with the Championship side.

The 30-year-old Scot after spending the

During loan spells from Swansea, Dobbie was part of the Blackpool side that won the Championship play-off final in 2010 and lost it two years later.

Dobbie came off the bench in

It was Blackpool's first league defeat of the season and resulted in them being replaced at the top of the table by Leicester.

However, Dobbie believes the club are well placed for another shot at promotion to the Premier League.

"I've played in a couple of good Blackpool teams. The way the boys have started here, I'm sure it will be another successful season."