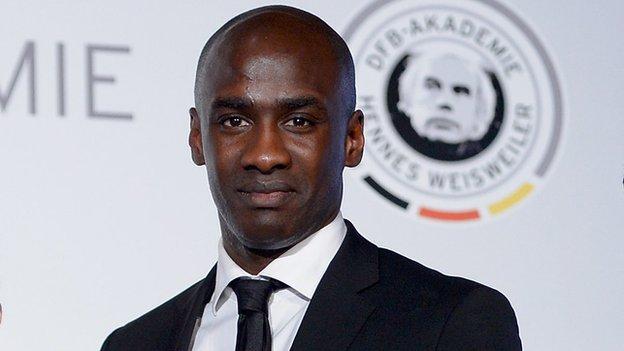 Former Ghana international Otto Addo has been placed jointly in charge of Hamburg on an interim basis after the club sacked coach Thorsten Fink.

He represented Ghana between 1999 and 2006, and scored two goals in 15 matches for the the Black Stars.

Hamburg made the decision to part company with Fink "because of recent results and events".

The club added: "We were no longer confident that Thorsten Fink would be able to turn things around."