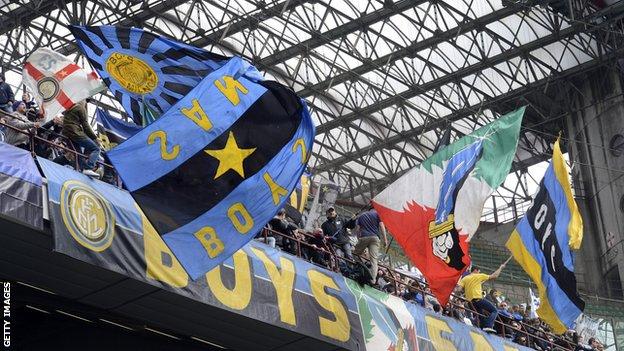 Inter Milan have been ordered to play their next home match with one end of San Siro closed as punishment for racist chanting by their fans.

A stand will now be closed for Inter's next home game against Fiorentina on 26 September, the third time this season a Serie A club has been punished.

Lazio were sanctioned for supporters' actions in the Italian Super Cup against Juventus, while Roma were penalized for racism toward AC Milan players at the end of last season.

Fifa ruled in May that teams could be relegated or expelled for serious incidents of racism.

Lesser offences will lead to matches being played behind closed doors.