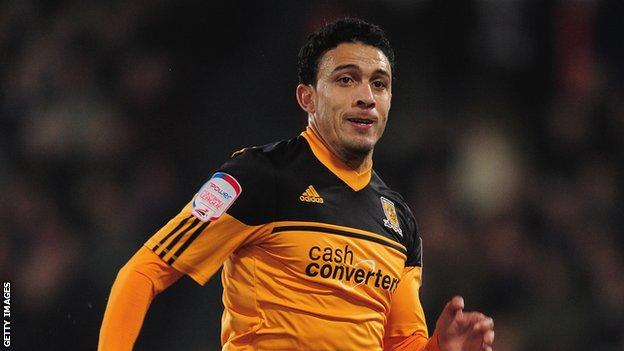 The Tigers re-signed Gedo on a season-long loan from Cairo side Al-Ahly earlier this month.

The 28-year-old scored five goals in 12 games for Hull last season, after signing on loan in January.

Bruce is short on forward options after failing in his attempt to sign West Bromwich Albion striker Shane Long during the transfer window, and had no strikers on the bench during Saturday's 1-1 draw against Cardiff City.

However Yannick Sagbo, signed from French side Evian during the transfer window, has completed a suspension for being sent off during the match against Norwich City, and will be available for the Tigers' visit to Newcastle on Saturday.

Hull have scored just two goals in their first four league fixtures since being promoted.