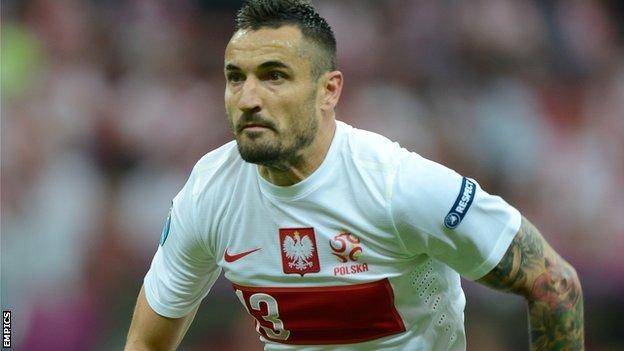 Leicester City have completed the signing of Poland defender Marcin Wasilewski on a one-year contract.

The 33-year-old was a free agent, having left Anderlecht in the summer after more than four years in Belgium.

Wasilewski, who trained with the club last week, began his career as a right-back but has been used as a centre-half for the past two seasons.

"I always dreamed of playing in England. I hope we can go to Premier League," he told BBC Radio Leicester.

Wasilewski is not available for Tuesday's home fixture against Blackburn Rovers in the Championship, but could feature in Saturday's game at Blackpool.