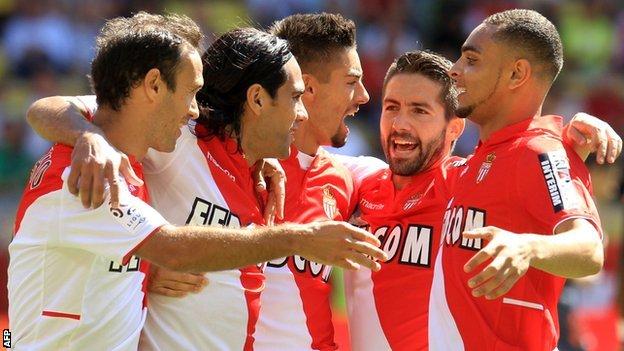 The Colombia striker, a £51m summer signing from Atletico Madrid, converted his fourth Ligue 1 goal after he was fouled in the sixth minute.

They are a point ahead of second-placed St Etienne and two clear of defending champions Paris St-Germain in third.

The principality team, who embarked on a lavish summer spending spree totalling over £100m, hit the post shortly before half-time through Brazilian teenager Fabinho.

Lorient posed little threat and the defeat leaves them 13th on six points.