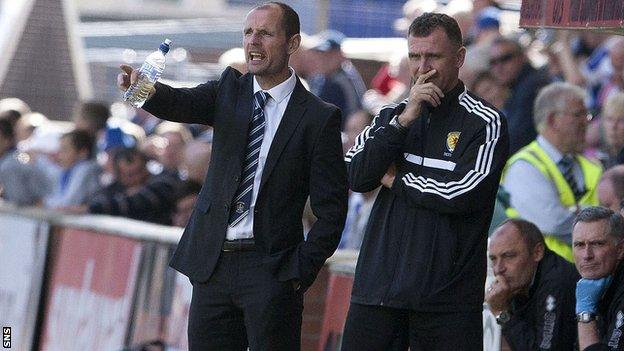 Kilmarnock manager Allan Johnston was frustrated that basic defensive errors cost his side against Inverness.

The hosts' midfielder, Barry Nicholson, cancelled out Richie Foran's early goal, but the visitors went on to win 2-1 through Billy McKay.

"That's just a long ball over the top - that should be easily dealt with," Johnston told BBC Scotland.

"We've got to defend better than that. It's not as if teams are passing through you and creating chances.

"We just need a break. Every mistake's costing us dear. You just can't afford to lose goals like that so easily."

It leaves Kilmarnock winless after seven games this season and they travel to Firhill to face Partick Thistle next weekend.

"Second-half, the boys showed a really positive reaction, but we've got to start games like that," added Johnston.

"If they keep working the way they are working, the results will come."