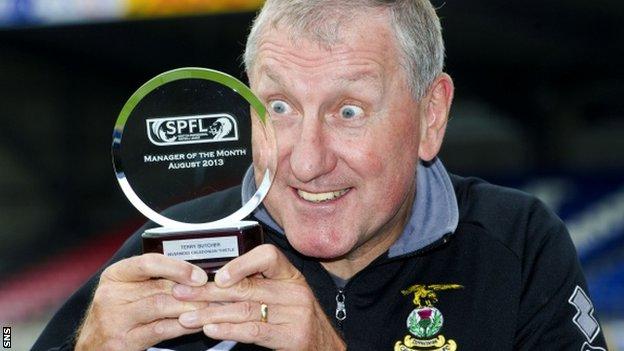 Englishman Butcher led his side to four Premiership victories during August, their only dropped points coming in a 2-2 draw away to Celtic.

Caley Thistle lead the top flight, three points ahead of the champions, who nevertheless have a game in hand.