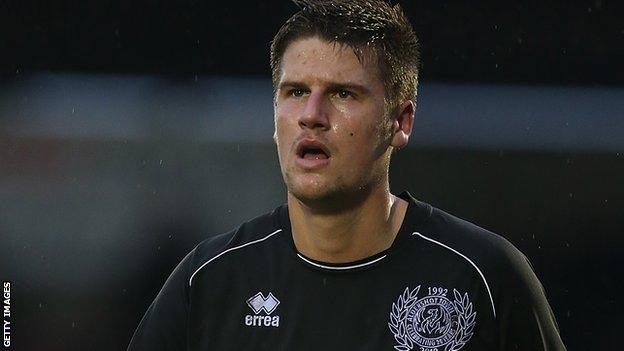 Fleetwood moved up to second in League Two and extended their winning run to four games as Sonny Bradley's own goal gave them victory at Portsmouth.

The away side went close in the first half when Jamille Matt struck the post and Gareth Evans' cross-shot troubled Pompey keeper John Sullivan.

Just after the hour, Matt raced through on goal and his attempt rebounded off Bradley and into the net.

"We didn't play as well as we have played in the past. We always knew it was going to be a tough game against a very good Fleetwood side.

"I thought they started well. I thought we came into the game a lot more especially towards the last 10 minutes of the first half and then second half for some reason we just couldn't get going.

"They were able to cope with everything we threw into their box today."