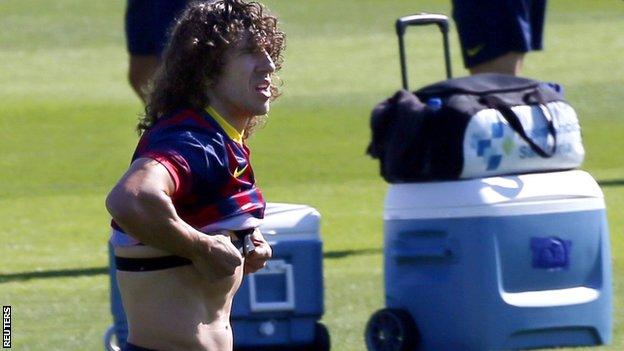 Barcelona captain Carles Puyol has returned to training with the Spanish champions after missing the past six months with a knee injury.

"The team is getting its captain back and we have the centre-back we wanted," said Barca coach Gerardo Martino.

Spain defender Puyol, 35, had keyhole surgery on his right knee in March - his second operation in 11 months.

Martino prioritised signing a centre-back over the summer, but failed with a bid for Chelsea's David Luiz.

Puyol initially trained on his own on Friday, before joining the rest of his team-mates for the final part of the training session.