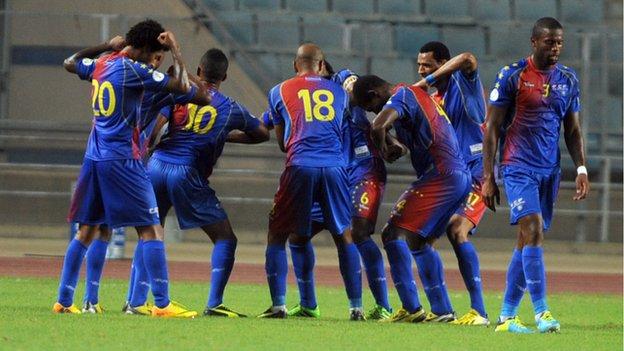 Cape Verde are considering appealing to Fifa over the ruling that disqualified them from Africa's 2014 World Cup play-offs, the BBC has learnt.

The islanders were docked three points for using an ineligible player in a 2-0 win over Tunisia on Saturday.

Fifa awarded Tunisia a 3-0 win, which sent them through to the play-offs as winners of Group B.

The Cape Verde Football Association has indicated it has three days to submit an appeal.

It is considering the basis of any case very carefully, although it feels the punishment is very unfair and harsh.

On Thursday, Fifa ruled that Fernando Varela should not have played against Tunisia because he was still serving a four-match suspension, imposed on him after he was sent off for "unsporting conduct towards a match official" during the World Cup qualifier on 24 March.

Cape Verde believed the red card had been annulled because the game it occurred in was forfeited by opponents Equatorial Guinea, who themselves had fielded an ineligible player.

However article 18.4 of the Fifa Disciplinary Code states: "An expulsion automatically incurs suspension from the subsequent match, even if imposed in a match that is later abandoned, annulled and/or forfeited."