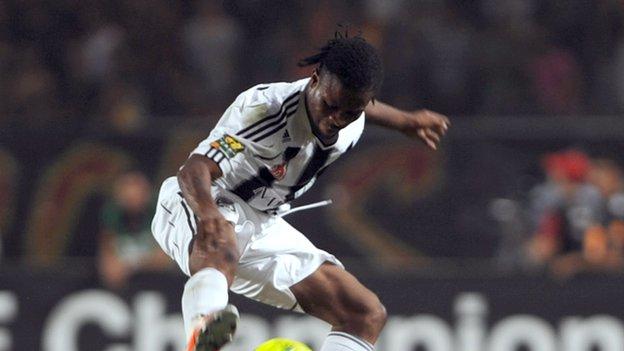 TP Mazembe of the Democratic Republic of Congo surged into the African Confederation Cup semi-finals with a 4-2 victory over Algeria's Entente Setif in Lubumbashi.

Three of Mazembe's goals came from their Tanzanian duo of Thomas Ulimwengu, who scored twice, and Mbwana Samata who also found the net.

Playmaker and captain Tresor Mputu was the other marksman for Mazembe who top Group B with 10 points from five matches.

Mohamed Ziti and Khaled Gourmi scored for Setif, the 2009 Confederation Cup runners-up. This defeat dashes their hopes of a last-four place this year.

Mazembe are the team to beat in the second-tier African competition this season. The mix of stars from DR Congo, Zambia, Tanzania, Ghana and Mali are particularly hard to beat at home, having scored 12 goals in four Confederation Cup outings.

Bizertin of Tunisia will accompany TP Mazembe into the knockout stage after a 1-0 home win over Morocco's FUS Rabat. Machiani scored the only goal in the 90th minute to guarantee Bizertin a top-two finish.

Elsewhere in the African Confederation Cup, Etoile Sahel had to settle for a 1-1 home draw against fellow Tunisians CS Sfaxien who qualified for the last four from Group A two weeks ago.

Stade Malien of Mali moved two points clear of Etoile in the battle for second-place with a 1-0 win over Saint George of Ethiopia. Diawara scored eight minutes from time to give the hosts victory in Bamako.