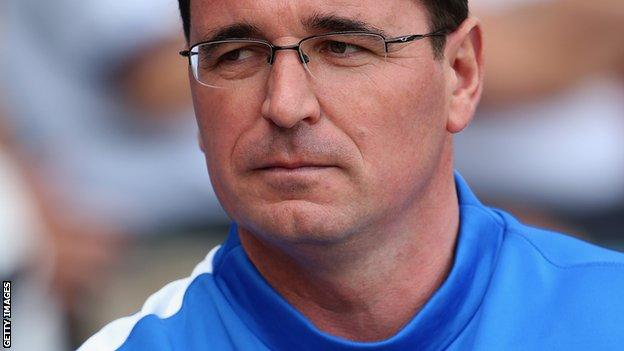 Gary Bowyer is looking forward to his first experience of managing in an East Lancashire derby when his Blackburn side face Burnley on Saturday.

The 42-year-old has worked at Rovers for more than a decade and is well aware of the significance of the match.

"It's the first fixture everybody connected to the two clubs looks for," Bowyer told BBC Radio Lancashire.

Sam Vokes rescued a late draw for Burnley in their home game against Blackburn last December. In March's return fixture, David Dunn scored a stoppage-time equaliser to earn a 1-1 draw for Rovers at Ewood Park.

Both Championship fixtures between Burnley and Blackburn last season ended as 1-1 draws, and Rovers have not lost to their local rivals since 1979.

as do Bowyer's Blackburn, who took just one point from their first three league matches but then registered convincing home wins against and

"Nine goals in two games is impressive," added Bowyer. "We need to make sure we start off in the same form and stamp our authority on the game."

Jordan Rhodes, who scored four times in those two wins, is available to play after having a protective cast fitted on the hand he injured while on international duty with Scotland.

"The most pleasing thing about it is that we've got people who can score goals and we're not just relying on Jordan," continued the Rovers boss.

"The fact that everybody's contributing is very pleasing and ideally we'd love a clean sheet now as well. That would be a really positive start."

The clubs have issued a joint statement appealing for supporters to avoid any trouble or anti-social behaviour at Turf Moor on the day of the match.