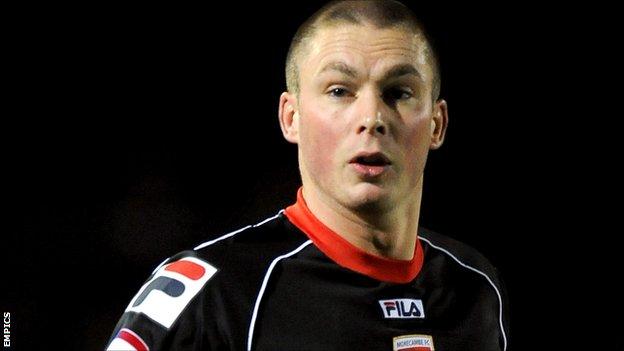 Brodie, 26, has scored twice in seven games for the Tynesiders this season following a summer move to his hometown club from Crawley.

The move reunites the forward with Bulls boss Martin Foyle, who had Brodie under him in his time at York City.

Brodie came in for an instant Bulls debut for Friday night's visit of Aldershot Town to Edgar Street.

"We are extremely grateful to the Hereford United Independent Supporters Association for their financial assistance in helping us to bring in Richard on a month-long loan," chairman David Keyte told the club website.

Brodie, who finished joint top Conference top scorer with 26 goals for York in 2009-10, played for Gateshead in last weekend's 2-1 win against Hereford.