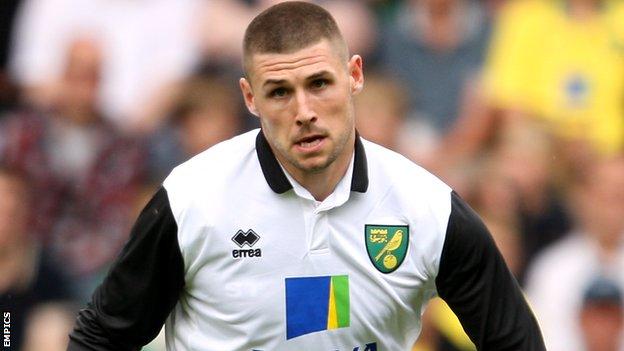 Norwich City boss Chris Hughton has said he has a decision to make on the fitness of striker Gary Hooper.

has prevented the 25-year-old from making his Canaries debut after joining from Celtic for £5m in the summer, but he could feature at Tottenham on Saturday.

He added: "The good news is he's back training with us. He's done four days with us and is injury free."

Hooper scored 31 times for the Scottish Premier League champions last season, but may not be needed immediately, with fellow new forwards Ricky van Wolfswinkel and Johan Elmander off the mark already this term.

"I've got a very competitive squad," said Hughton. "It's a smaller squad than at this stage last season. But I'd like to think we've improved the level with the players we've brought in."