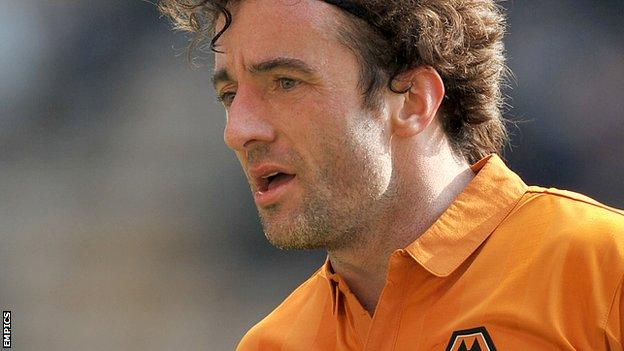 Manager Paul Ince has confirmed that Blackpool will not be signing former Wolves winger Stephen Hunt because the player's wage demands were too high.

Republic of Ireland international Hunt, 32, was in May.

"The demands he wanted were just ridiculous for someone who had only played the last 10 games at Wolves," Ince told BBC Radio Lancashire.

Blackpool are top of the Championship with 13 points from five matches.

Ince has regularly stated a desire to make additions to his squad after allowing a sizeable number of players to leave Bloomfield Road at the end of last season.

Former Reading and Hull man Hunt, who was severely affected by injury last season and was only a regular in the Wolves side from March onwards, had been training with the Seasiders in an effort to earn a contract.

But former England captain Ince added: "Myself and the chairman [Karl Oyston] said we weren't prepared to pay that amount of money for someone who's been injured for quite a while and was coming here to show me his fitness.

"Don't get me wrong, he's a lovely lad and a good kid, but if those demands had been a little bit lower, we'd have done the deal four or five weeks ago."