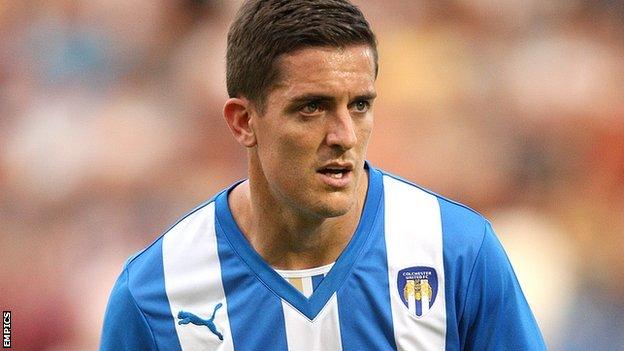 The 27-year-old has been with the U's since 2010 and played under Rovers manager John Ward during his time in charge at the League One club.

Bond has made two starts and three substitute appearances this term, scoring once.

"He was the first player I signed when I was manager at Colchester, so I know what he can do," boss Ward told the Rovers website.

"He is an all action player, very energetic and busy, and he can play in a number of different positions.

"He has played in the same team as John-Joe [O'Toole] at Colchester, and if his loan spell here is successful, there is potential to extend his stay."

Bond will go straight in to the squad to face Dagenham and Redbridge on Saturday.