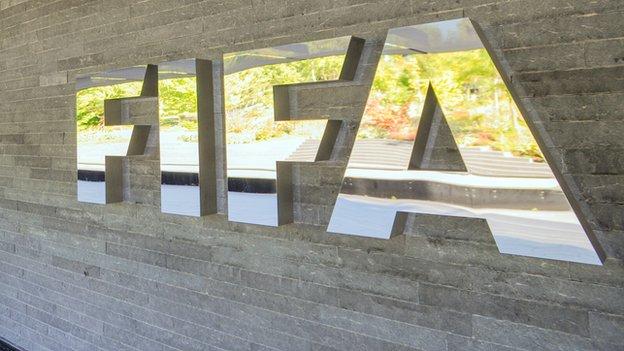 The 10 sides in Africa's final play-off round for the 2014 World Cup have learned their seedings after Fifa released its world rankings for September.

The top five ranked sides in Fifa's list will be placed into pot one for the 16 September draw in Cairo, Egypt, with the remaining sides in pot two.

Ivory Coast remain the highest placed side in Africa, according to Fifa's list, with Ghana, Algeria, Nigeria and Tunisia the other top seeds.

Tunisia only won a place in the play-offs on Thursday when Fifa punished Cape Verde for fielding an ineligible player in the sides' match on Saturday.

Cape Verde's 2-0 win was overturned and Tunisia were awarded a 3-0 victory which meant they finished above the Blue Sharks at the top of Group B.

It also meant the Carthage Eagles leapfrogged fellow play-off qualifiers Burkina Faso in Fifa's rankings to be the fifth highest African team on Fifa's list and claim their place among the top seeds.

The Burkinabe fell three places to sit in 51st place in the world while Tunisia rose seven places to 46th.

Along with Burkina Faso in pot two for the play-off draw are Egypt - who have a 100% record in 2014 qualifying, Cameroon, Senegal and Ethiopia.

The five play-off ties will be played over two legs and Monday's draw, which takes place at 1100 BST, will also decide which team plays at home first.

Elsewhere in Fifa's rankings, Africa had the biggest risers in The Gambia, who moved up 27 places.