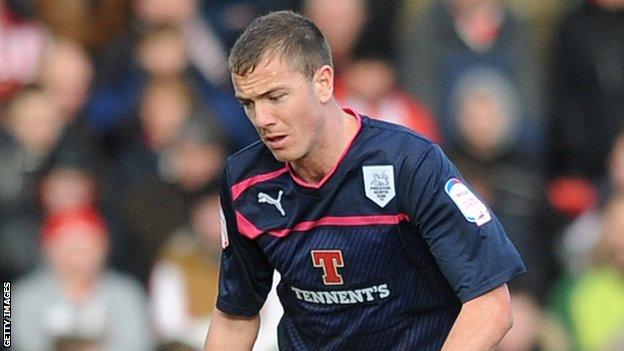 Championship side Millwall have signed defender Paul Connolly on a short-term contract and are set to conclude a deal for Leicester striker Martyn Waghorn.

Right-back Connolly left Leeds United this summer and the 29-year-old has joined the Lions until January.

Meanwhile Waghorn is set to move to The Den on a 93-day loan deal on Friday.

The 23-year-old scored three goals in 28 appearances for the Foxes last season and has so far featured twice in the new campaign.

"I think it will be good for all parties," Leicester manager Nigel Parson told BBC Radio Leicester.

"Waggy has been a little bit frustrated with his lack of opportunities and it is important for us that he gets out and plays some games.

"After 28 days we can potentially recall him."