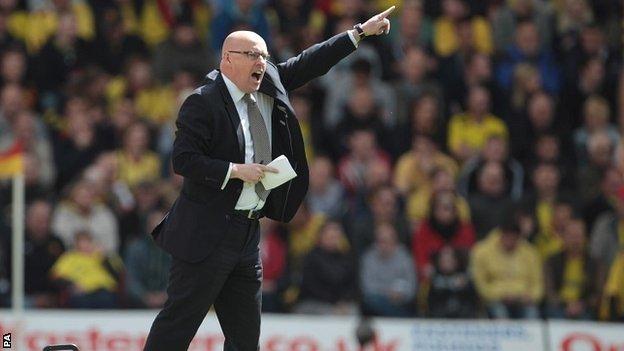 McDermott said he is "100% committed" to Leeds while Hughton insisted he is "happy" at Premier League Norwich.

"I feel I've been adopted here at Leeds and I owe the supporters. The Ireland job is for the future," McDermott said.

The 52-year-old, who has Irish parents, joined Leeds on a three-year deal in April after leaving Reading.

Hughton, 54, took over as Norwich boss in June 2012 and said: "I'm Norwich City manager. The fans and the board have been incredibly supportive and I'm very happy here."

Both managers were mentioned by Football Association of Ireland chief executive John Delaney as contenders for the role after the departure of the 74-year-old Italian Trapattoni.

Leeds are 10th in the Championship after suffering their first defeat of the season against QPR - their last game before the international break.

Norwich are ninth in the Premier League after three games.