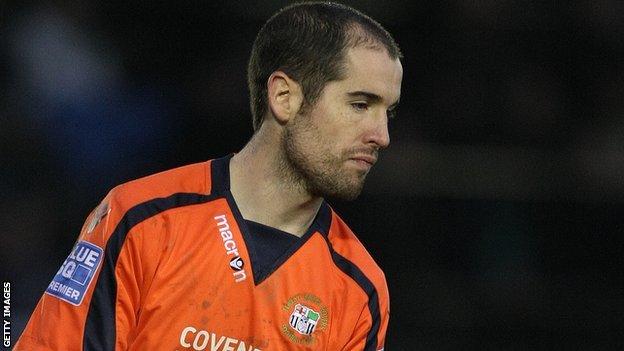 The 31-year-old finished last season at Hereford before signing a short-term deal with Newport over the summer.

He was released by the League Two newcomers without making an appearance and has now returned to the Whites - where he played between 2007 and 2010.

"James is a great keeper with a wealth of experience at this level," boss Mikey Harris told the club website.

"As well as signing as a player James will be joining my backroom staff as goalkeeping coach.

"I am always looking to move the club forward and with goalkeeping being a very specialist position it was vital to bring someone in to keep progressing in this area.

"James' arrival will benefit both Will Puddy and Monty George. It's exciting for me as manager to have competition for the role and I am looking forward to working with James."