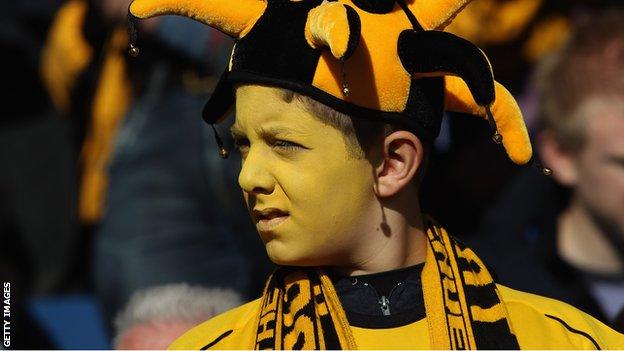 Southport offer the cheapest day out in the Conference Premier, according to BBC Sport Price of Football.

A typical match day at the Lancashire side costs an adult £16, including the price of a ticket, a programme, a pie and a cup of tea.

Average match-day ticket prices in the division have risen by up to 3.1% over the past 12 months, with the mean cheapest price now £14.57.

How much do you spend following your team every year? Try our calculator to work out your costs, then share your results with your friends.

The BBC Sport Price of Football study looked at 166 clubs in 10 divisions across British football.

Aldershot Town's cheapest season ticket is the most expensive in the division at £322, with Grimsby's costliest offering the league's highest at £575.

The cheapest season tickets at Aldershot, Halifax and Luton cost more than the equivalent at Premier League Manchester City, whose £299 season ticket is the cheapest in the top flight.

Southport's £10 match-day ticket is the cheapest in the league, while Wrexham charge the most for a cup of tea at £1.80, with a host of clubs selling at £1.

Kidderminster's £4 home-made pie is only matched in price in the top five divisions of English football by Premier League Crystal Palace.

There are a host of offers throughout the league aimed at attracting young fans to matches.

Braintree, Grimsby, Hereford, Hyde, Kidderminster, Nuneaton, Southport and Welling are among those to offer free tickets for juniors, while other clubs have sizeable price cuts and family prices for children.

Jamie Griffiths, press officer at Hereford, said: "We are working hard to open our doors to the whole community. With the current economic climate, the decision was made to drop prices almost entirely across the board, and pretty drastically with respect to our terrace prices.